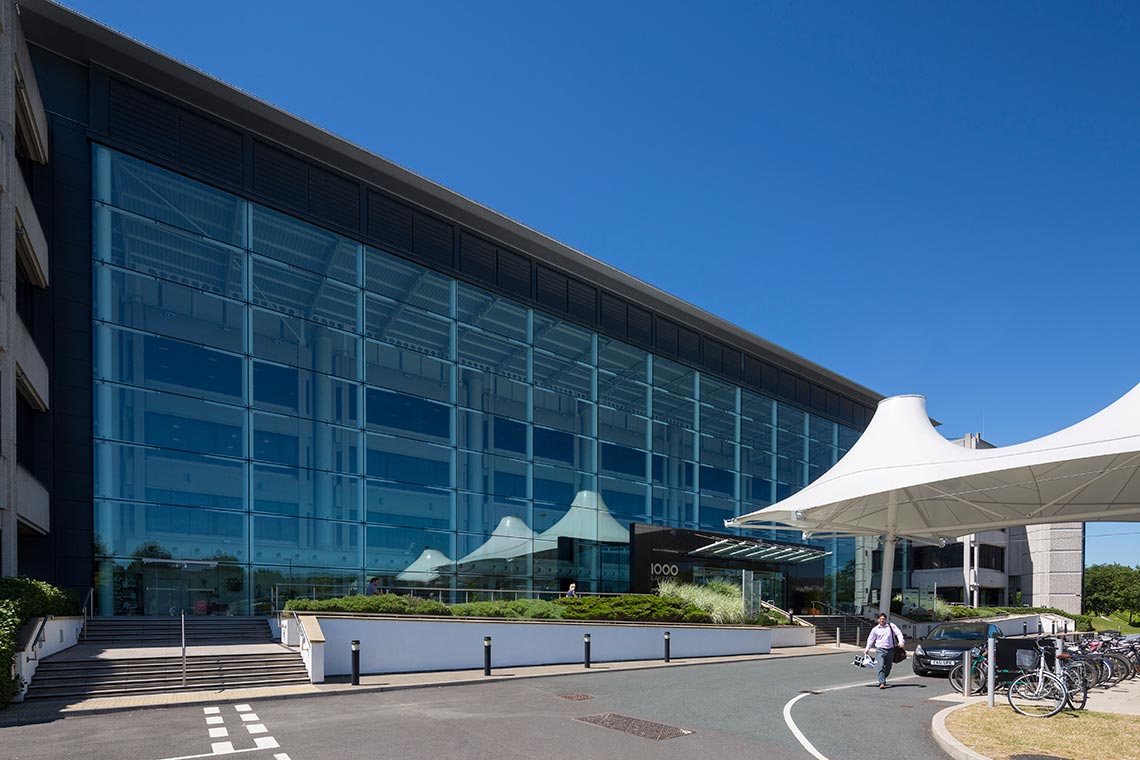 Northwood Investors are delighted to announce that Lakeside North Harbour has won the Business Park Innovation of the Year* award at the South Coast Property Awards.

The Awards are the leading property event in the Solent region and aim to showcase the best commercial property has to offer. Nick Turner, Executive Director of Asset Management at Northwood UK, accepted the award at an event on 18th July which was hosted by the television presenter Adrian Chiles. Lakeside has been managed by Northwood for 15 years.

Although up against strong competition from the University of Southampton Science Park (USSP) the judges chose Lakeside North Harbour as the winning Business Park.

Over the last 15 years the Northwood team have transformed Lakeside North Harbour from an anonymous former IBM HQ into a multi-occupancy business campus which offers an open, welcoming and friendly business park in beautiful surroundings. Facilities include high spec office space, conference and meeting rooms, shops, restaurants, on-site nursery and hotel and the campus enjoys excellent transport links with plenty of parking, bike storage and a free shuttle bus. The campus is also host to a full events programme including Street Food Fridays and lunchtime concerts.

During the past 12 months Northwood have managed a number of new developments to ensure the campus remains the best in the area including a wellbeing focus, free music events, outdoor meeting space, business forums, a photo competition and a multi-faith room.

These initiatives, driven by Nick Turner and his team, have ensured that the Lakeside campus now enjoys 97% occupancy. The impressive park has attracted both local SMEs and national corporates who have embraced the office space and location, helping Lakeside develop into a vibrant business campus.

*The Business Park Innovation award was created to recognise the role business parks play in the region’s economy. It celebrates the ability of the developer, owner or management team in creating a sustainable environment. The judges considered a range of what was on offer at the business parks entered including the work-life balance, facilities for occupiers and innovation in transport solutions.

Back to all news